When I started this blog nearly four months ago, I thought I would write about leadership exclusively. After all, I am a leader with plenty to say, and I could probably pen something relevant each week about the state of leadership in our schools. What I realized very quickly was that the topic didn’t excite me — not even a little. Then I thought about approaching it from a different angle — perception isn’t always reality — adding a layer of clarity to common misperceptions about the state of education. Well that didn’t do much for me either. So I started reading the blogs of leaders that I’ve met through Twitter chats. Most of them were writing about initiatives, policies, poverty, and performance on high-stakes tests, and they were passionate accounts of what they had experienced and their detailed plans for transforming education into something we could all be proud of. Although their articles were well-written and interesting, they just didn’t resonate with me. There seemed to be a common thread of competition inherent in most posts. They were all in favor of change, but they all had different strategies for effecting those changes. One thing I know about competition is that it can get really ugly really fast. Besides, I don’t typically compete with anyone other than yesterday’s Michelle Malone. I know now that if I had tried to write about the things that other leaders were writing about, it wouldn’t have been natural for me, and I would’ve come across as a fraud, and I don’t ever want to do that.

I just want to make a difference in the lives of others by being a servant leader. If I can be a little kinder, a little gentler, a little more patient today than I was yesterday, I’m on the right track.  If I can help you, I will. If you need a mentor, and you think I can assist you in some way, I will. My time is the most valuable thing that I have, and it’s yours if you need it because no one should have to navigate this world alone. That has always been my belief.

One morning as I was reading my online amplified bible, Ecclesiastes 4:9-10 came up as the verse of the day. At that moment I decided that Two Are Better Than One would be the title of the devotional I had been tinkering with for a few months. A few weeks later, I met with my friend and mentee Charlene to discuss her projects. I love these divine appointments because we both leave this holy huddle a little different than we did when we arrived. After that morning appointment at Panera on Halloween,  I took a giant leap of faith on November 1, 2015, and I launched Two Are Better Than One — a blog that highlights the power of partnerships.

Since that day, I have only written what the spirit places on my heart. I know what I have to say won’t resonate with everyone, but I do know that these messages will reach those who need to see them. The evidence is astounding! When I look at my statistics each day and take note of the places my blog has gone, I immediately stop to praise God. There’s no way that I could’ve reached so many people in these distant places (as well as the U.S.) without my partnership with the divine author whose name is known all over the world. 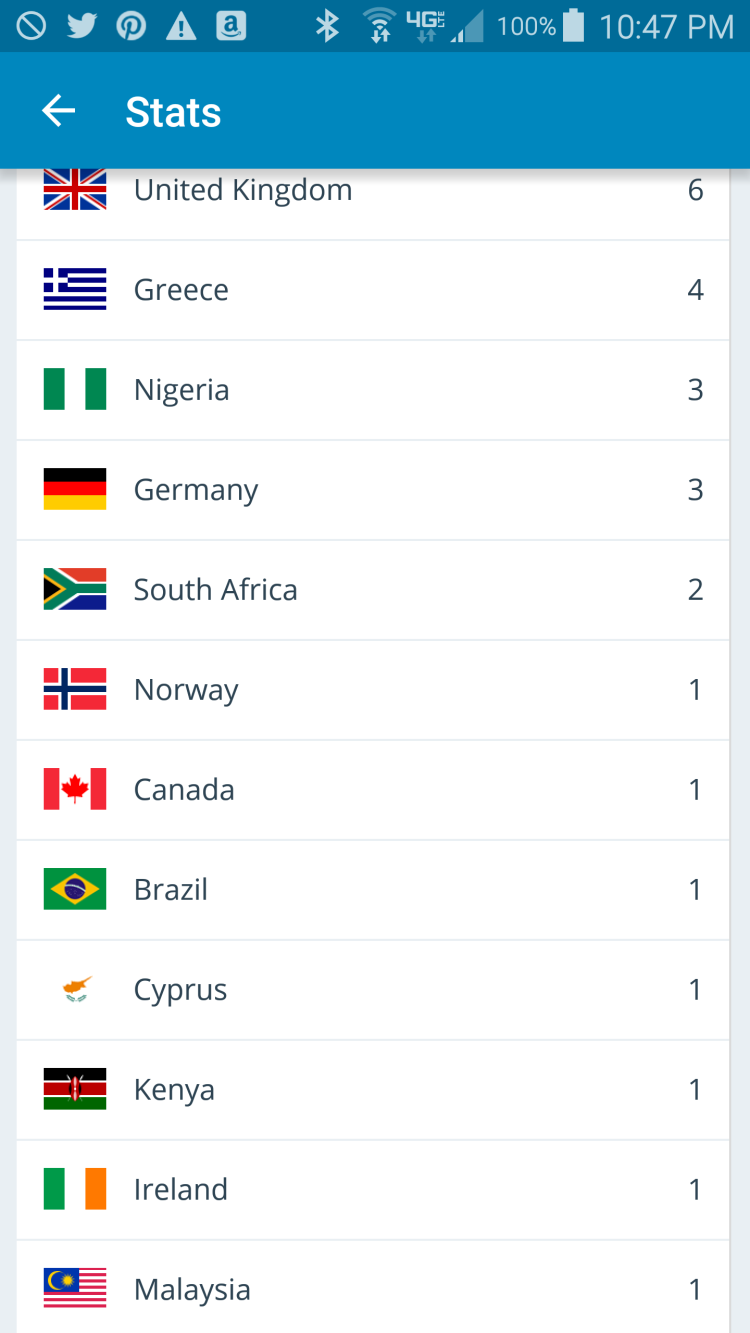 This is just a snapshot of some of the countries that the articles Good Grief! and What Happens When You Leave the Huddle? were able to reach with the click of a button. Over 100 readers in the United States read these articles that day as well. This proves that an ordinary gal like me can make a difference in the lives of others just by being obedient to my calling to serve first and then lead. There’s nothing more rewarding that knowing that I get to play a small part in drawing people to Christ. Whatever it is that you’re doing to make this world a better place, do it with passion! I’m passionate about my small beginnings because I know the Lord rejoices to see the work begin (Zechariah 4:10).